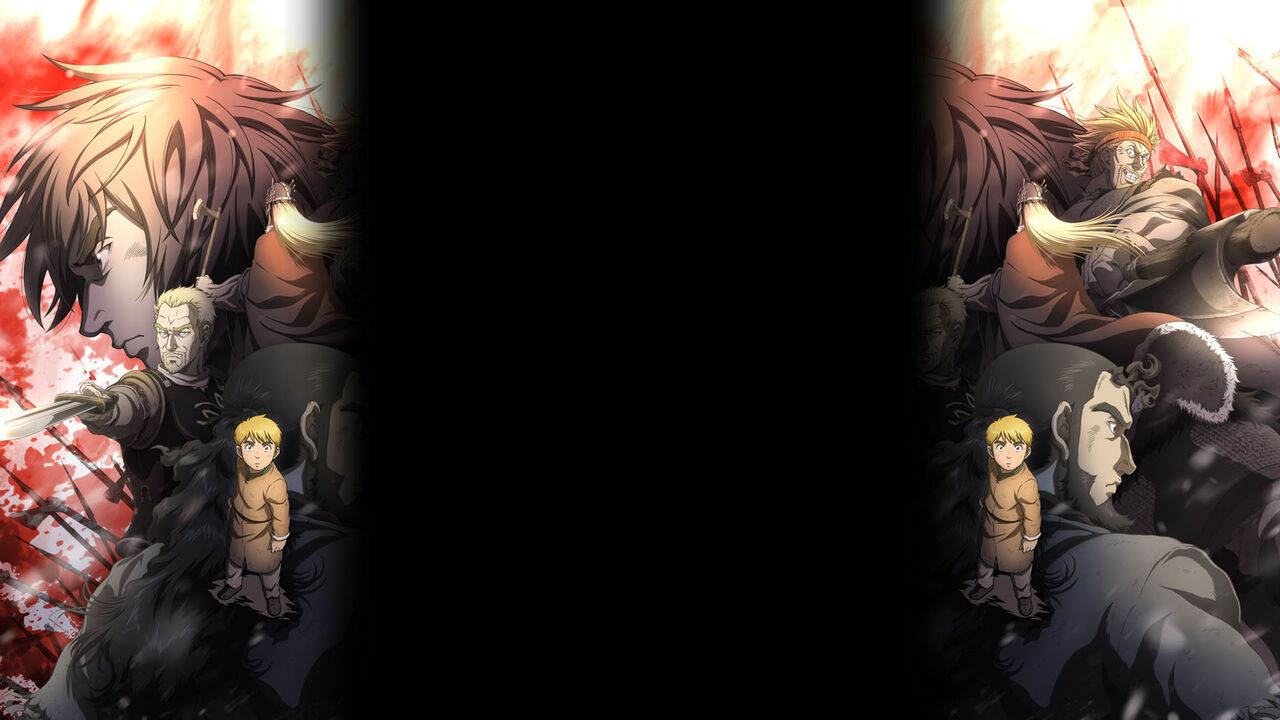 What's on your mind?

I actually feel sorry for the English soldier that Thorfinn killed in episode 6. Imagine going through training and everything, only to be defeated by a six year old boy. Wow

The dubbed version of the Vinland Saga series seemed pretty good but most of the voice actors are unknown to me. What do you guys think?

Hi everyone, I'm V! You'll notice me adding a lot of things to various pages in the near future (e.g., I am currently adding a long summary to each chapter as I do a re-read of the series, and I am adding to character pages along the way). I am hoping that having a solid base will lead to more people adding on/making edits. If I do something wrong or you'd like to discuss organization or anything else, please contact me :)

This Wiki is extremely lifeless. Much like the Farm Arc's crops at the beginning. 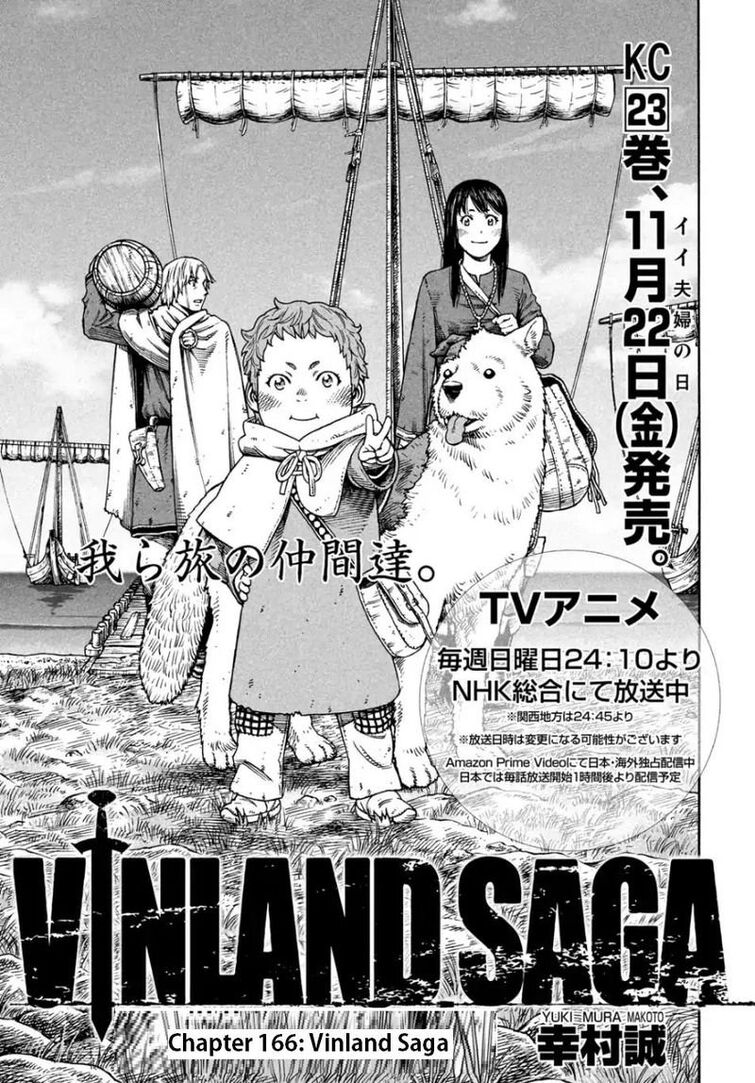 Vinland Saga (Japanese: ヴィンランド・サガ Hepburn: Vinrando Saga) is a Japanese historical manga series written and drawn by manga author Makoto Yukimura. The series is published by Kodansha and was first serialized in the youth-targeted Weekly Shōnen Magazine before moving to the monthly manga magazine Afternoon, aimed at younger adult men. As of June 2019, the series has been compiled into twenty-two bound volumes. Vinland Saga has also been licensed for English-language publication by Kodansha USA.

Thorfinn, son of one of the Vikings’ greatest warriors, is among the finest fighters in the merry band of mercenaries run by the cunning Askeladd, an impressive feat for a person his age. However, Thorfinn is not part of the group for the plunder it entails—instead, for having caused his family great tragedy, the boy has vowed to kill Askeladd in a fair duel. Not yet skilled enough to defeat him, but unable to abandon his vengeance, Thorfinn spends his boyhood with the mercenary crew, honing his skills on the battlefield among the war-loving Danes, where killing is just another pleasure of life.

Greetings everyone! Fandom and the Vinland Saga wiki are pleased to announce that we are working together for a special giveaway! For our first contest, we’re giving away a copy of the first volume of the Vinland Saga manga and a Fandom anime t-shirt to one lucky winner.

For a chance to win, all you have to do is answer a simple question in the replies down below. When did you first start following the story of Vinland Saga? Did you discover the manga fairly recently and binge through the series to catch up or have you been a fan since it premiered in 2005? Or, are you totally new to the series with the recent release of the anime? We’d love to know and for you to have a chance to win these great prizes.

To enter, you have to answer this question by 7/15. After that, we’ll draw a winner randomly from the valid entries. Also be sure to watch the ongoing Vinland Saga anime on Amazon Prime Video, with new episodes premiering on Fridays. You should keep an eye on the Vinland Saga wiki as well, as the community is rapidly growing by the day with new users and content.

For more rules and constraints, please follow the link below.

This is the place to talk about your favorite topic, to share news, theories, ideas, and to connect with others. The content from your Forum has been converted to Discussions posts, so nothing has been lost.

To learn more about what you can do here, check out community.wikia.com/wiki/Help:Discussions

If you're an admin on this community, read more about how you can customize your Discussions and set up guidelines for contributors: community.wikia.com/wiki/Help:Admin_and_Moderator_Tools_in_Discussions

Check out the petition here! https://www.change.org/p/funimation-entertainment-kodansha-kodansha-comics-usa-create-a-vinland-saga-anime

Vinland Saga is a commercially successful manga in Japan and has recently been issued in English by Kodansha Comics USA. Incredible to believe that this doesn't already have an anime adaptation, this manga series based on Vikings is filled with beautiful artwork and kickass story-telling. It is in my personal belief, that if animated in a similar fashion to Attack on Titan it could become the next successful anime series.

People should support this petition as I feel it will be a manga left as a manga and not adapted to an anime. This series can make a difference to the anime community by providing more substance and realistically grounded segments that offer a mixture of historical accounts, figures, and fictitious fantasy. It offers a deeper sense of inspiration when it comes to changing the way we live, observing the struggle between being inherently good and evil, as well as the responsibility of being given great power. For the new generation that doesn't know of the history dating back to the early 1000s, this offers an overdramaticized account of these events with equally fictitious back-stories of historical figures.

I further believe that the writer and illustrator for this manga, Yukimura Makoto, should be given more credit and an animated version of his amazing story. This would be a fantastic addition to the line-up of anime that are riddled with slice of life and supernatural, changing it up and providing something fresh. With manga like Terraformars, a younger series in comparison, having an anime created for it, it's only fair that this one receive one, as well