King of Denmark, Norway, England, and some of the Swedes

Canute is the king of Denmark and England, succeeding his father Sweyn and brother Harald.

Canute is first introduced with long blond hair, large blue eyes, pouty lips, and a feminine-looking face. Up to his late teens, he is often confused for a girl. [4][5][6] His beautiful likeness left many of his men wondering if he was the reincarnation of their goddess Freyja.

After becoming king, Canute cuts his hair short and grows some facial hair. Below his left eye is a scar that was left by Thorfinn.[7]

Although initially timid, weak and always hiding behind Ragnar, Canute later begins to stick up for himself as Thorfinn constantly puts him down. Wanting revenge on his father for being secretly marked for death, Canute develops a more commanding and demanding personality. This was brought out by Askeladd's assassination of Ragnar, whom he wanted to eliminate as he was standing in the way of Canute's emotional maturity.

Later on, Canute becomes a clever and manipulative character who doesn't hesitate to get rid of anyone getting into his way of building a paradise on Earth for the Vikings.

By order of Askeladd, Thorfinn is put in charge of being Canute's personal guard.[8]

Initially, upon meeting Thorfinn, Canute is frightened by him, immediately hiding behind Ragnar after being introduced.[9] However despite this Canute is found staring at Thorfinn on multiple occasions on their journey, seemingly interested in getting to know him better. This is not lost on Thorfinn as he starts prodding the prince to speak his mind after an encounter with the Welsh. Canute responds to Thorfinn, albeit with a noticeable stutter. Thorfinn teasingly refers to Canute as "Princess" which causes the young prince to spring up flustered. This is much to the surprise of Ragnar, as he notes that this is the first time Canute ever speaks to someone that isn't himself.[10] Making Thorfinn the first person Canute has spoken so openly to aside from Ragnar.

Thorfinn is later referred to by Canute as a dear comrade, who pursues the same goal as him but albeit by a different path.

Ragnar is Canute's chief retainer, having served him since he was a small boy. He also functioned as a foster father and guardian, educating the prince and ensuring he had a normal upbringing. Ragnar would speak for the prince, sheltering him and guiding the young prince through a difficult life in the Danish court. Where Ragnar describes Canute to have seen horrible things and being very sickly as a child.

Following Ragner's death Canute is devastated, the young prince who had previously been very sheltered and timid, underwent a dramatic shift in attitude and became a much more determined and courageous individual going so far as to go face to face with Bjorn.

King Sweyn is Canute's father and appears to harbor very little affection for his second-born son. This is in stark contrast to Canute's older brother Harald who is the favorite of the two sons due to Harald's achievements and skill in battle. As a result, Canute was demoted to the role of "spare son" who got left to his own devices with Ragnar at court.

King Sweyn has therefore very little interest in keeping Canute alive since he would pose a threat to his older brother Harald. So in an attempt to kill or possibly mature his youngest son, King Sweyn sends Canute to battle against Thorkell's forces with a mere 4000 men. Resulting in Canute's capture early in the series.

King Sweyn returns later as an apparition to Canute, acting as the conscience of the crown.

Canute is better known as a cunning and charismatic king, his enemies die swiftly and quietly from poison and assassinations due to his clever scheming. Canute takes up sword practice later in the series and becomes a decent fighter despite his strong hatred for weapons in his youth. With his North Sea Empire and the vast fleet he becomes a terrifying force to be reckoned with.

Teenage Canute in the anime 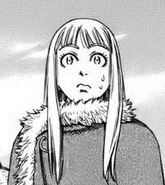 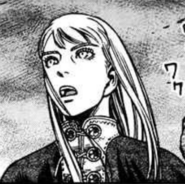 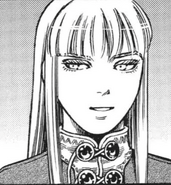 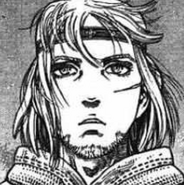 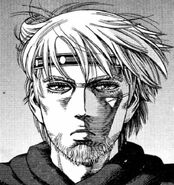 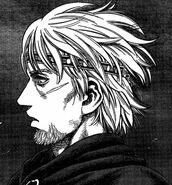 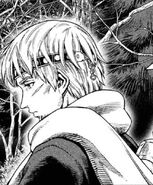